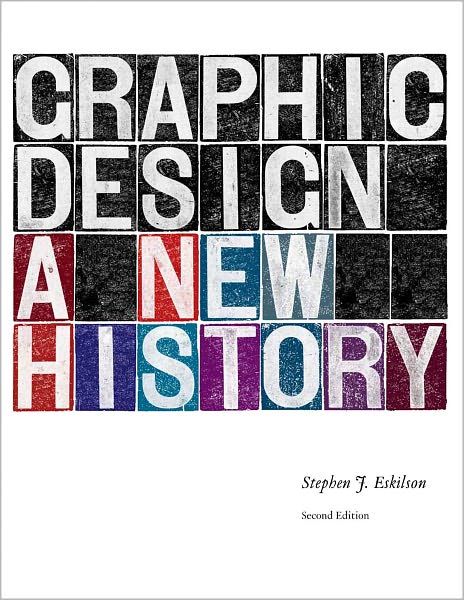 Now in its second edition, this innovative look at the history of graphic design explores its evolution from the 19th century to the present day. Author Stephen J. Eskilson demonstrates how a new era began for design arts under the influence of Victorian reformers, tracing the emergence of modernist design styles in the early 20th century, and examining the wartime politicization of regional styles. Richly contextualized chapters chronicle the history of the Bauhaus and the rise of the International Style in the 1950s and '60s, and the postmodern movement of the 1970s and '80s. The book's final chapter looks at current trends in graphic design, with in-depth discussions of grunge, comic book, and graffiti aesthetics; historicism and appropriation; and the influence of technology, web design, and motion graphics.
The second edition features over 80 new images, revised text throughout, a new chapter on 19th-century design, and expanded sections on critical topics including the Swiss Style, Postmodernism, and contemporary design.